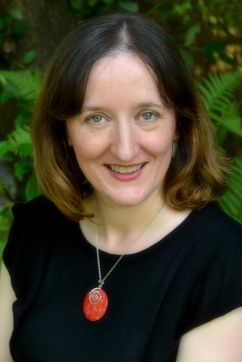 I’m writing this in an apartment that I’d never intended to be a workspace, on a day when I should have been taking a train south ready to give a talk for early career researchers at an IHR event in Swansea. That should have been followed on Saturday by a paper at Warwick on the early modern arms industry, and next week I should have been near Gloucester for a talk on Wolf Hall. Everything, it seems, is cancelled. Two months ago I had a busy diary with a whole set of talks coming up about my new book, The Beauty and the Terror: An Alternative History of the Italian Renaissance. But this year there will be no Oxford Literary Festival or Chalke Valley History Festival. The Hay Festival is running in a limited virtual edition. HistFest has been postponed until the autumn. Some new online projects have popped up to fill the gap – notably the History Hack podcast, which I joined for a chat earlier this month – but I’ve lost the personal interaction with members of the public that you get when you’re face-to-face.

Academic events have gone the same way: I count four external papers and one lecture dropped from my own calendar between now and mid-July. Some may be rescheduled next year, or eventually move online. It’s hard to say. The main heritage organisation with which I’ve worked on grant applications over the past twelve months – the Mary Rose Trust – receives no public funding and in the absence of income from ticket sales is in financial crisis. Many other research partners will be facing similar problems.

It’s taken me over a month to come up with a proper plan for what to do now. Some colleagues have hit the ground running with a switch online. If you’re on social media I recommend checking out #MuseumsUnlocked. But I’ve written elsewhere about the problems of casual, chatty social media content on the topic of guns (my main academic research project right now). What to do instead?

How do you manage research with just a handful of books and no library?

I am, in fact, in quite a fortunate position when it comes to research. I’m not, for example, trying to home-school children. (The research world will need to think hard about the long-term equality issues around work arising in the aftermath of coronavirus.) Thanks to the generosity of the Arms and Armour Heritage Trust I had a long stint in the Italian archives last year and came back with some thousands of photographs of documents to analyse and write up. Without access to libraries it’s going to be tough to finish any publications, but I can still make a lot of progress. I can also continue work on a couple of side writing projects that don’t require archive research (one of them was meant to have involved a trip to Sicily but I can manage without that for now). Aside from questions of health and family responsibilities, the colleagues who will be hardest hit are those who should have been doing archive and library visits this year. I feel in particular for PhD students and postdocs, already on tight schedules, who would normally be doing their data collection right now and have no guarantees whether extensions to funding will be forthcoming.

Some of my projects are acquiring new digital elements. I’ve moved a set of undergraduate research internships exploring travel to Rome online, and we’ll be starting to post some social media content on that theme in June. With an international group of colleagues I’ll be using the new Art UK curations tool to develop an virtual exhibition on the theme of art and war in early modern Europe. More on that soon too.