Stonewall 50 Years On: Gay Liberation and Lesbian Feminism in its European Context 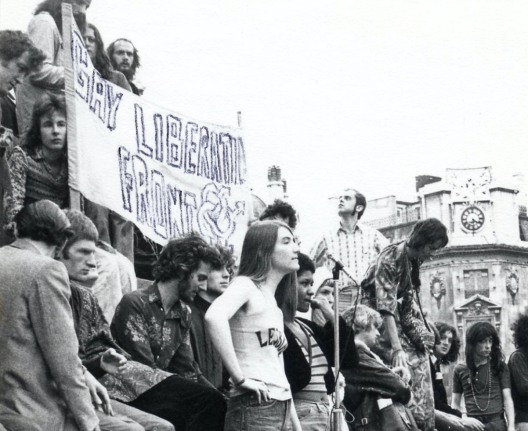 June 2019 marked the 50th anniversary of the Stonewall Riots in New York City, often credited as the spark that set gay liberation alight, not just in the U.S., but around the Western world. However, rather than a one-way flow from across the Atlantic, the European gay liberation and lesbian feminist movements that sprang up in the early 1970s were also influenced by national events, ideologies and imaginaries. They interacted with each other in a network of action and ideas. With this conference, we want to rethink the movements that Stonewall supposedly spawned in Europe. Join us to explore the national, European and transnational factors that gave rise to gay liberation.

The conference is kindly supported by the ‘Youth, Gender and Sexuality’ group of Manchester Met’s History Research Centre, by the Manchester Centre for Public History and Heritage, by the Past and Present Society, and by the Royal Historical Society.

The conference is organised in cooperation between the Manchester Centre for Public History and Heritage and the Raphael Samuel History Centre.

‘We couldn’t mobilize the same enthusiasm as 11 years ago…’: Transnational Consciousness, Pride, and the Legacies of Stonewall in Denmark – Andrew Shield (Leiden University)

The Changing Face of Pride Events: Interrogating Trends and Changes in the Organisation of Pride Events in Europe – Francesca Romana Ammaturo (University of Roehampton)

‘Acting Up against the AIDS State?’ – The Anti-AIDS Movements, Transnational Grassroots Activism, and the Legacy of Stonewall in 1980s and 1990s France and West Germany – Kevin-Niklas Breu (University of Bremen)

The Ambivalence of Feeling Backward: Lesbian Activists in the German Democratic Republic and their Politics of Memory – Maria Bühner (University of Leipzig)